In this article, I’ll talk about how to Install, configure and start Apache Zookeeper and Apache Kafka Server on Windows OS.

Congratulations, ZooKeeper is up and running on port 2181.

Congratulations, Apache kafka is up and running on port 9092

To create a topic, we need to run the kafka-topics script

Now the topic has been created, Lets start a producer so that we can published some message against sales topic.

Create Consumer
Let’s create a consumer which should subscribe to sales topic to get all the messages.

There are multiple UI applications which can be use for monitoring apache kafka. It will display the information like total brokers, topics, partition and even lets you view messages as well.
One of the tools is Kafdrop which we will install right now and see all those details on UI. 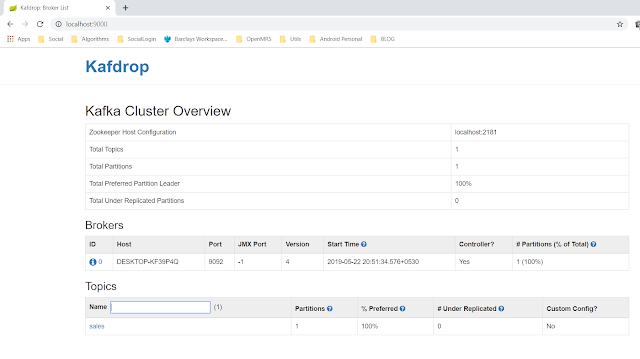