As we know till Java 7, we are not allowed to add any concrete function to the Interface, All the function should be abstract and must be implemented in Child class which is implementing the interface. i.e. an interface can only have

With Java 8, we can add static and default method as well in an Interface. Check my blog on Java 8 for more details. So, an Interface now can have

and with Java 9, It become more powerful and now we can add private method and private static method. 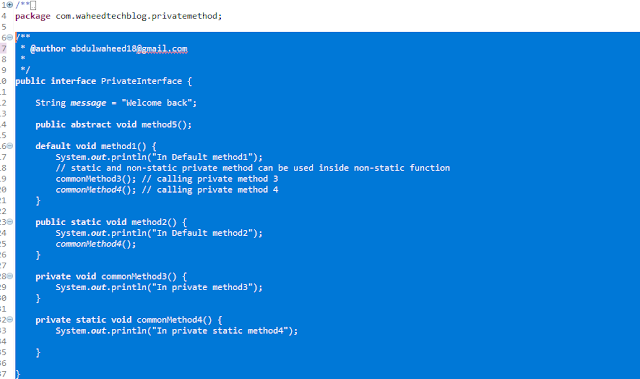 but why do we need private function in an Interface. Let’s understand this with an example. 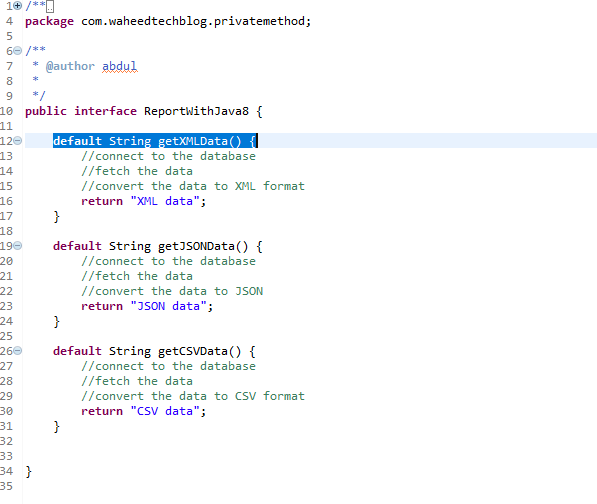 In above example, we can observe that all the default function has same code to create database connection (duplicate code) and fetching the data and database details is also exposed to outside the world. 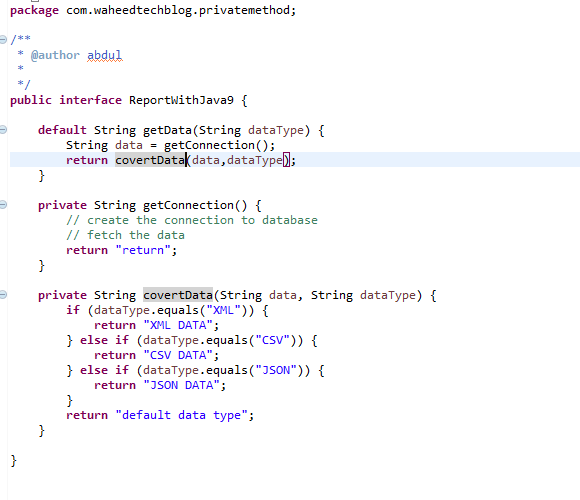 So over here, Private method will come to rescue. Check below example where the database code reside in one private method which can be easily accessible to all default function in that interface and it is also hidden to the outside world.

These private methods will improve code re-usability inside interfaces and will provide choice to expose only our intended methods implementations to users. These methods are only accessible within that interface only and cannot be accessed or inherited from an interface to another interface or class.

Java 9 code can be downloaded from GITHUB